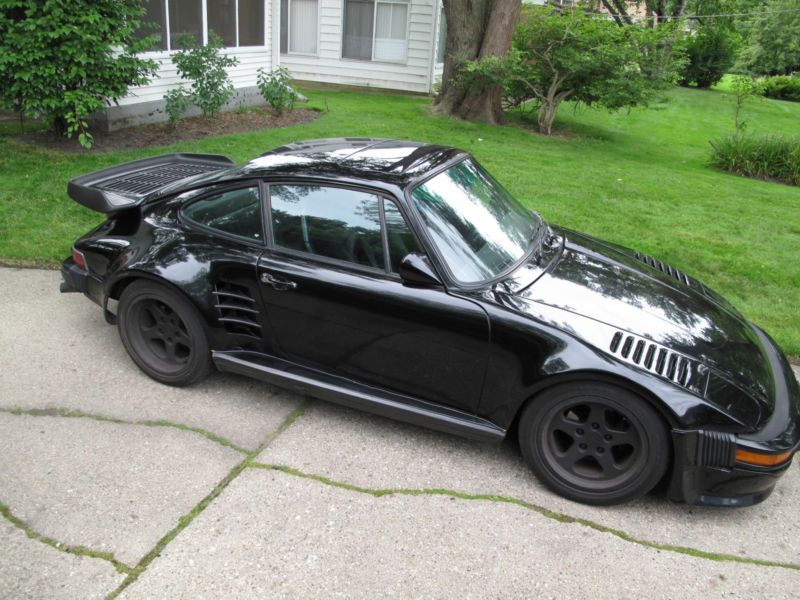 1984 Carrera 3.2L Flachbau w/ RUF Package
This car is extremely well done
- inside and out with all OEM parts throughout. All seals and trim are in excellent condition still. Tread on the
tires have about 90% left in them. Speedline RUF wheels. Everything on this car works as it should. It has a very
cool pop up headlight setup (see video). G50 transmission with the 3.2L. This car has an extremely well done
valve job. I've owned quite a few air cooled 911s over the years but this one is by far the fastest one.
Extremely fast with an incredible sound! Gets attention everywhere it goes. A real joy to drive. You can not beat
the air cooled Porsche - it is still the most enjoyable driving experience out there by far.
Now here is unfortunately and downside to the car: Even though it is strictly cosmetic, the car was keyed 2 yrs
ago by some low life who had nothing better to do with his time then do this to the car. the pics you see were
taken today and the key marks are not too noticeable but the car has not been repainted since the incident. you
really don't see it until you look for it on the car but it is still noticeable. there are also two bubbles on the
paint on one side of the rear bear claw vent ( very common along the bear claw vents), there is another bubble on
the drivers side front quarter next to the pop light. the intent was to repaint the car after it had been keyed
but I never got around to it and have kept it on the road. Outside of this there is no rust on the car elsewhere.
It does need repainting though. Please look at the high resolution pics closely and you can see what I'm
referring to. there is also some road rash on the lower fairing from highway driving,
So all in all, this is an excellent machine that has always been well maintained and stored in a heated garage. I
have a lot of the service history of the car rom the pevious owner and as well as my past maintenance and will
provide to the future buyer.