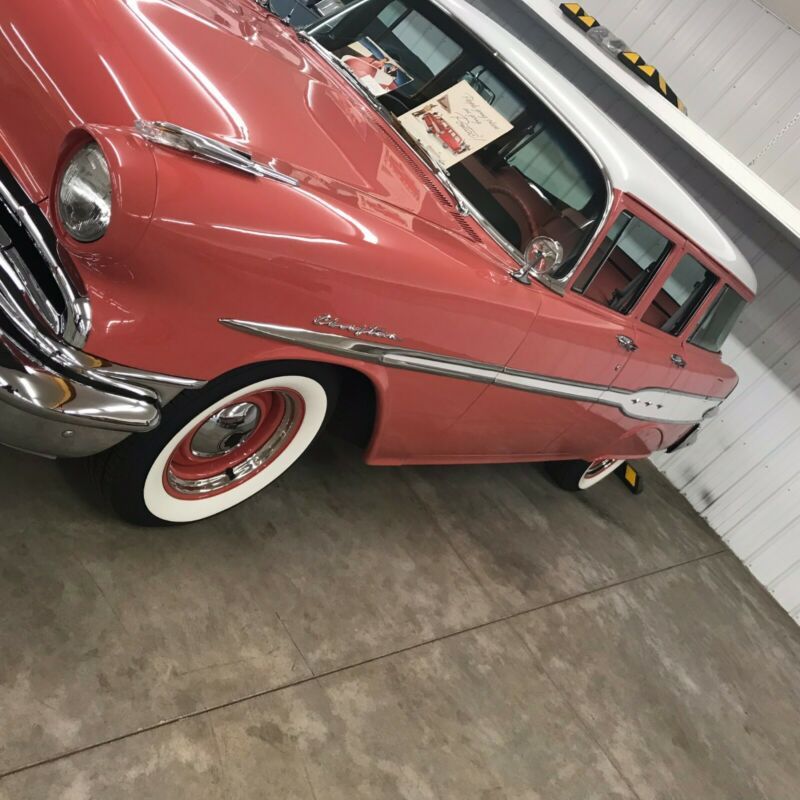 1957 Chieftain 9 Passenger Wagon in Very Nice Condition, From our collection. Every thing you
would want is on this car. 350 engine with lots power, 4 speed auto, all SMS interior, fresh paint, trailer hitch
with back up camera, upgraded computer with cd, aftermarket AC,, new tires, upgraded suspension & brakes,,
upgraded very sweet gauges, Drives like a dream,, Gotta Love the Skirts,, Bumper Exhaust,, Blue Dots,, Front
fender light up ornaments,, Everything on this car has been done right !!!!!! Sure i am forgetting alot, Have
about a 2" thick bunch of receipts,,,,