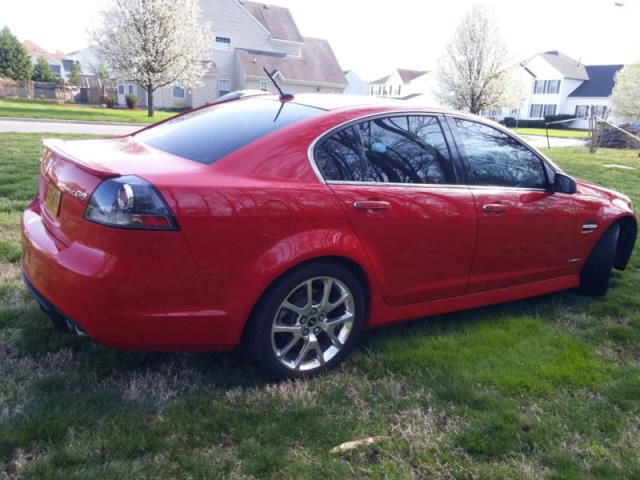 I Am Selling My Pontiac G8 Gxp. I Have Owned It For Almost 3 Wonderful Years And It Has Never Had Any Issues And Is In Awesome Shape. I Took It To The Dealer 12/14 (900 Miles Ago) For Oil Change, State Inspection And General Check Up And Everything Came Back Perfect. The Car Has A Few Scratches On The Rear Bumper And Door Which I Included Pictures Of, It Has A Few Other Light Scratches That Could Be Buffed Out And Did Not Show On The Pictures And A Few Chips On The Hood.