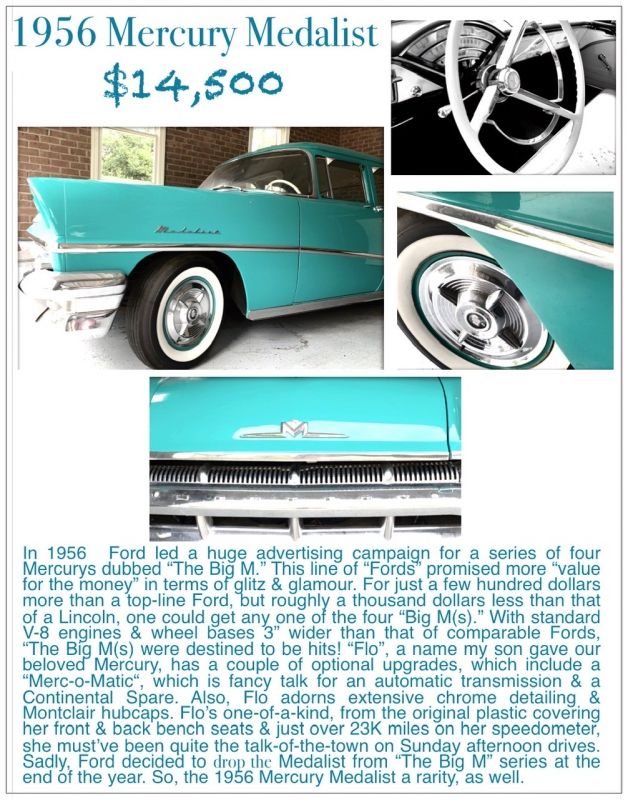 Please see details included in attached jpeg photo. This ‘56 Mercury Medalist 4-Dr Sedan is the epitome of “The Big M” Series. With chrome for miles, she’s flashier than a Ford with a less expensive price tag than a Lincoln. Sadly, the Medalist was only manufactured in ‘56.