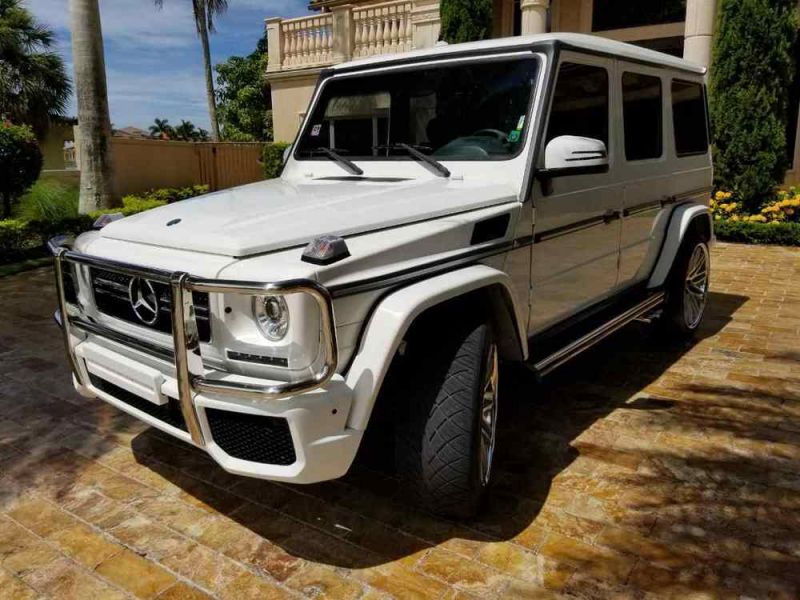 For more pictures email at: aide.brumaghim@powdermail.com .

1990 Mercedes G63 G Class GD300
The Mercedes G Class G63 AMG immaculately Mint matching numbers GD300 diesel.
After recently accumulating a list of parts for the sale of this vehicle I was shocked at exactly how much I have
spent.
Goal was to create G63 diesel. Started in mint condition 1990 W463 GD300 matching numbers ( valued at over $40000 )
all original paint job and body work.
After being striped to bare metal and $20000 body shop work to include additional not standard work:
3M sound and Moister barrier applied to floor, doors, and rooftop
After everything striped to bare metal tin was applied to all joints and imperfection
3M automotive wax
3 layers of paint
4 layers of lacquer – Buffed and polished 3 x after that