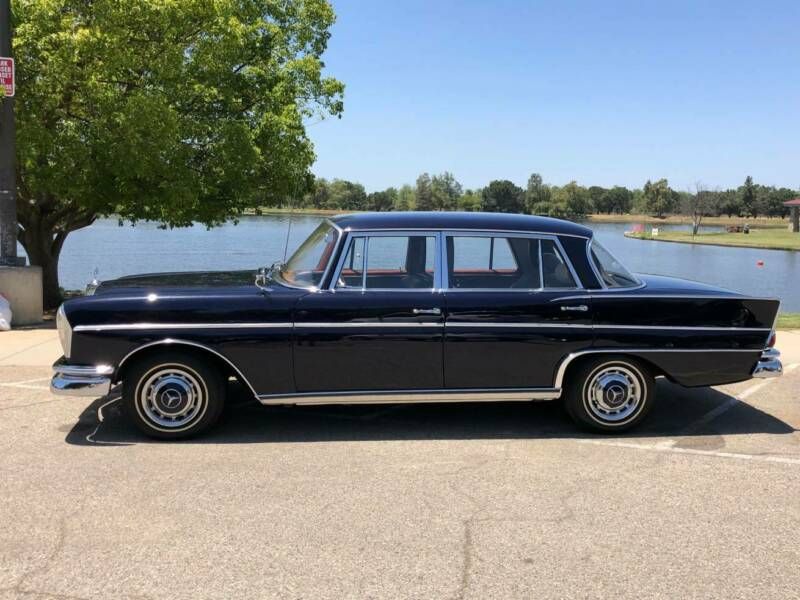 1964 Mercedes Benz 300SE Lang, a factory partitioned long wheel base 112 Chassis with the fuel injected 3,000cc
M189 engine with a manual transmission and airbag suspension. Between 1963 and 1965 the 300 was the flagship sedan.
The 300SE Lang (German for Long) was the most expensive and exclusive Mercedes 300-series of its day. This
particular 300SE Lang was one of possibly 8 vehicles that was produced with a factory partition.