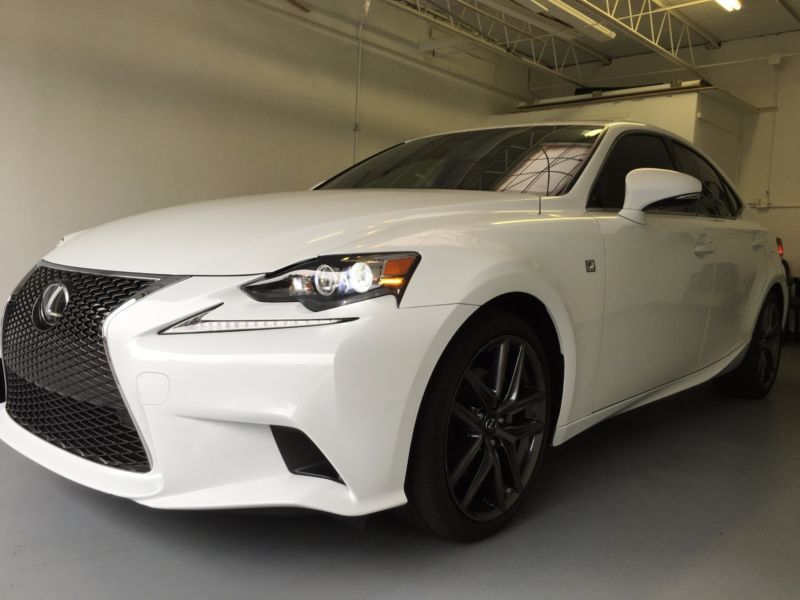 Garaged kept white 2014 Lexus IS 250 F-sport is in excellent condition both inside and out. Still under bumper to bumper factory warranty! No accidents. Options include heated seats, larger fsport wheels and tires, leather, Fsport gauges and pedals. Adjustable sport suspension.