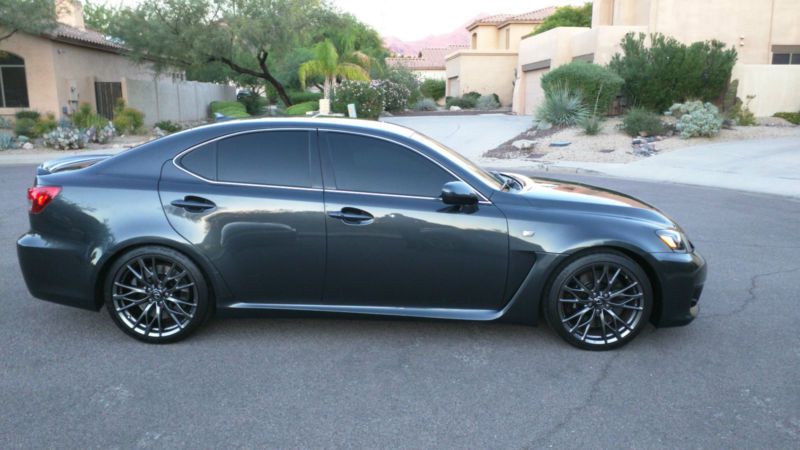 ANY QUESTIONS JUST EMAIL ME: jamajllysiak@1dad.net .

Beautiful car! Like new! 416+ HP, K&N cold air air filter and ISS Forged cat-back exhaust! Has a 5.0 liter V8,
sounds like a 5.0 liter V8 but inside its all luxurious class! Way better than an M3. Low miles, everything is
tip top. 5 year factory warranty still in place. Loaded. Private seller, no sales tax!

Lexus IS to get Deviant at SEMA

It's time to start gathering intel on SEMA, and it starts with this drawing of a modified 2014 Lexus IS. Lexus ran a competition on DeviantART, an online community for artists, to find a suitably modified IS that it could build and display at the temple of all things aftermarket in Las Vegas. The winner, as judged by a four-person panel from among more than 600 entries, is the IS rendered above by Rob Evans.
The winner looks like the beginning of a build for an IS entry into Japan's Super GT series, with a seriously exaggerated front spoiler and rear diffuser and fender flares that aren't just punched out, they're throwing 12-punch combinations.
Evans will have his car built by VIP Auto Salon and plastered all over Lexus materials promoting its presence at the show. Oh, and he gets an IS F-Sport for a year, among other prizes. Second place went to Lucia Lee, third place to Guangho Huang. A press release below has more on the competition and the winner.