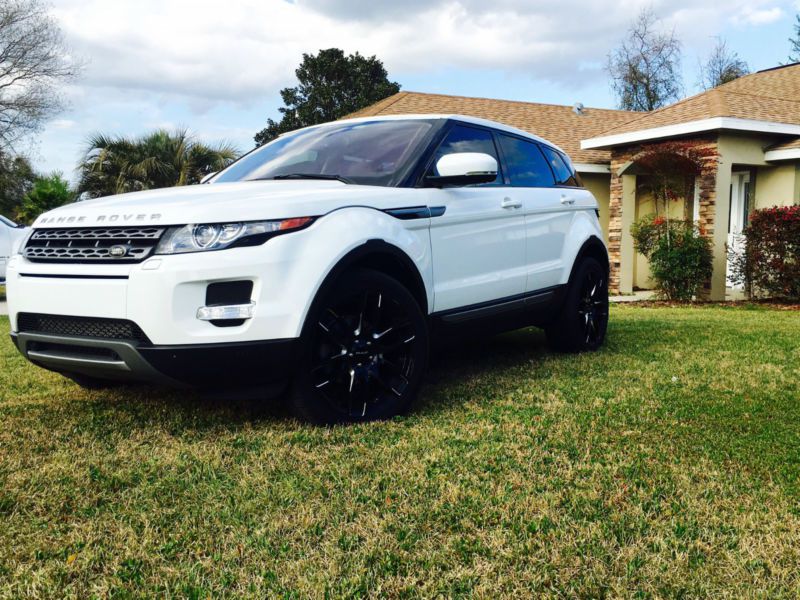 Please email me with any questions or requests for additional pics or something specific at: quintonqllempicki@ukos.com .

2013 RANGE ROVER EVOQUE PURE PREMIUM WITH ONLY 23,784 MILES!!! THIS CAR HAS EVERYTHING UNDER THE SUN BESIDES A DVD SYSTEM. ALL INTERIOR AND EXTERIOR ARE IN EXCELLENT CONDITION.

A FEW OPTIONS INCLUDE:
* 20" WHEELS WITH ABOUT 80% TREAD ON TIRES
* NAVIGATION
* PADDLE SHIFTERS
* LEATHER SEATING
* WEATHER TECH FLOOR MATS
* YOU HAVE STANDARD, RAIN, OFF ROAD, OR SANDY ROAD MODES
* 5 CAMERAS, LETS YOU SEE ALL THE WAY AROUND THE CAR
* PUSH BUTTON START
* EXTERIOR LIGHTING ON THE GROUND AT NIGHT.
* LED LIGHTING
* PANORAMIC ROOF
* HEATED STEERING WHEEL AND MUCH MUCH MORE!!