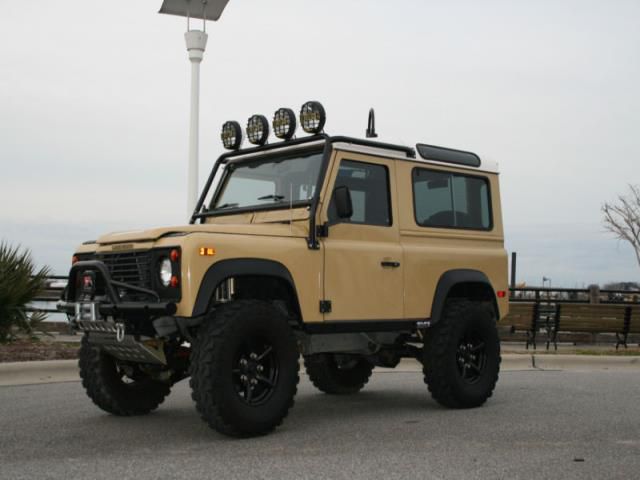 1997 Land Rover defender 90 SW. It was all white, and was originally purchased by Billy Joel aka “the Piano Man”. Current owner purchased it in December 2002 with less than 3850 original miles on it. He parked it indoors at his heated Manhattan garage. In 2009 he had a top to bottom complete restoration and customization of the vehicle done. No expense was spared to create this amazing vehicle. Restoration was completed January of 2010. It has had less than 1500 miles put on it since the restoration was completed. The vehicle has been stored inside a climate controlled storage keeping the restoration looking fresh. About the rebuild and restoration, the vehicle was carefully taken apart and taken all the way down to the frame, and then treated to a galvanized frame and cross-member.