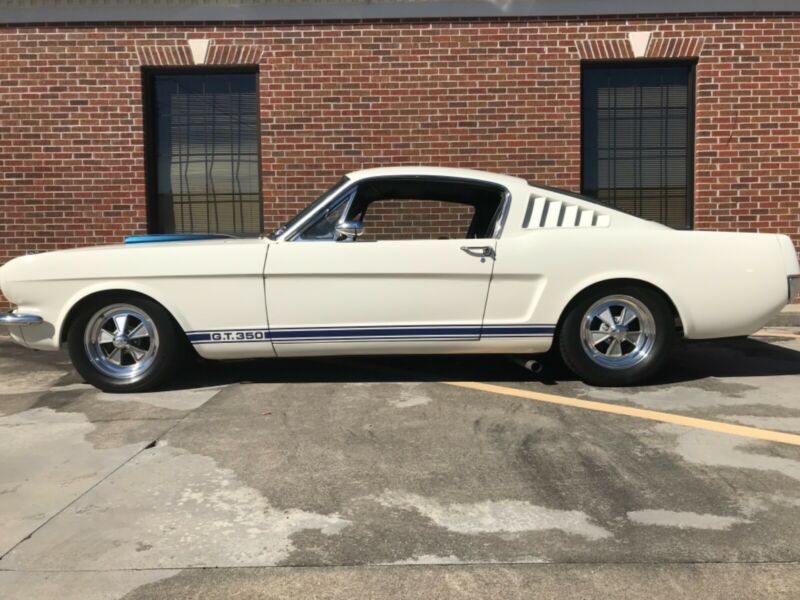 This car is amazing. !!! If you are looking for a turn key, get in and drive, don’t have to fix anything, no
rust, fully restored classic, keep reading. This is your new car. Car is fully restored by professionals, perfect Wimbledon white paint, has a new ford
crate racing engine, 4 speed transmission, disc brakes on front, air conditioning, power windows, power steering,
serpentine belt system fully restored to 1965 Shelby gt350 specifications, (power windows and air conditioning a
bonus). The power windows work from the original window cranks.302 V8 Ford crate engine. A complete polished serpentine system was added to the front of the block along with polished intake, compressor, power steering pump and alternator. It has a polished air cleaner and a Quick Fuel 4V
Carburetor. Options added include four piston disc brakes, power steering, air-conditioning (from Old Air
Products), power windows, Hurst Competition Plus shifter, and Shelby Cragar SS wheels. The transmission is a Ford
Toploader 4 speed and the car has an 8” open rear end with highway gears. It also includes a Shelby outside rear
view mirror, correct LeMans stripes in Guardsman Blue and the body is the correct Wimbledon White. This rust free
car also has hood pins, export brace, reproduction side exit exhaust, along with GT 350 stripes and badging.