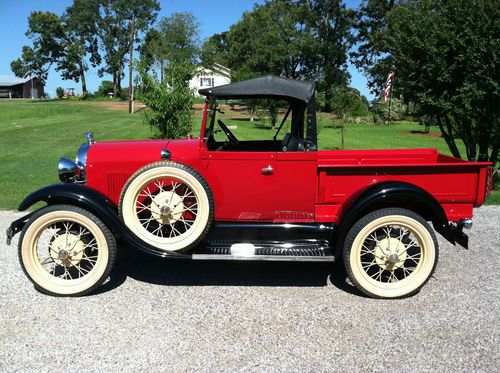 This 1929 Roaders Pickup is a one of a kind.  It has dual spare tires, driving lights, 1956 Ford steering box, 1956 Ford truck Four speed transmission with reverse.  The engine block is a Model A block with the following additions: Zenith manifold with 2 Stromberg 97, two barrel carburetors. Headers, electric fuel pump, and 12 Volt electronic ignition system. This vehicle has hydraulic shocks. Radiator has just recently been tested and cleaned.  Vehicle is restored with original steel parts and is stock with the exception of the above improvements. An extra Zenith manifold for 1 Stromberg 97 two barrel carburetor.