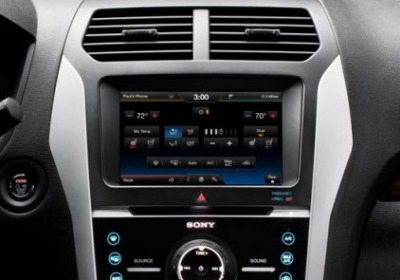 A national law firm, Hagens Berman Sobol Shapiro LLP, has filed a proposed class action lawsuit whose presupposition is that MyFord Touch is defective. Specifically, the complaint states that the system – as well as the MyLincoln Touch and MyMercury Touch clones – often freeze, fail to respond to voice or touch commands and have issues connecting to mobile phones.

According to Hagens Berman managing partner Steve Berman, MyFord Touch is a theoretically "brilliant idea" that falls short in actual execution. Said Berman in a press release, "In reality, the system is fundamentally flawed, failing to reliably provide functionality, amounting to an inconvenience at best, and a serious safety issue at worst."

Other MFT issues enumerated within the 41-page filing include problems controlling the window defroster, rear-view camera and navigation system. The suit maintains that Ford is aware of the problem but has yet to submit a workable and acceptable solution to MFT customers. Scroll down if you'd like to read the full press release.


The 41-page complaint, filed in the U.S. District Court for Central California, includes a long litany of problems with the system, and details Ford's failed attempts at correcting the system through system updates and other fixes.

Owners of Ford, Lincoln or Mercury vehicles with the MyFord Touch, MyLincoln Touch or MyMercury Touch systems can contact a Hagens Berman attorney to discuss the case by calling (206) 623-7292 or by emailing MyFordTouch@hbsslaw.com.

The systems, introduced by Ford in 2011, promised owners of Ford, Lincoln and Mercury vehicles with the ability to seamlessly operate audio controls, use a GPS navigation system, control climate systems and operate a Bluetooth-enabled device through the system.

"In theory, MyFord Touch is a brilliant idea and worth the premium that Ford charged its customers for the system," said Steve Berman, managing partner of Hagens Berman and one of the attorneys who filed the lawsuit. "In reality, the system is fundamentally flawed, failing to reliably provide functionality, amounting to an inconvenience at best, and a serious safety issue at worst."

According to the suit, the system fails even while controlling crucial vehicle functions, such as the defroster and rear-view camera, which are controlled through the system, putting drivers and passengers at risk.

The complaint also calls out consumer complaints involving the vehicles' GPS navigation system. According to the complaint, the touchscreen will turn off, turn back on with a message saying it is "performing scheduled maintenance" leaving the driver without any directional guidance.

The lawsuit claims that Ford has demonstrated it is aware of the problem, having issued several technical service bulletins and software updates. In addition, the complaint documents a number of consumer complaints in the National Highway Traffic Safety Administration's database, all detailing issues with the touchscreen system.

The lawsuit seeks to represent a class of individuals who are current or former owners of vehicles with the systems installed. It seeks compensation for members of the proposed class for violations of consumer protection laws and breach of express and implied warranties.