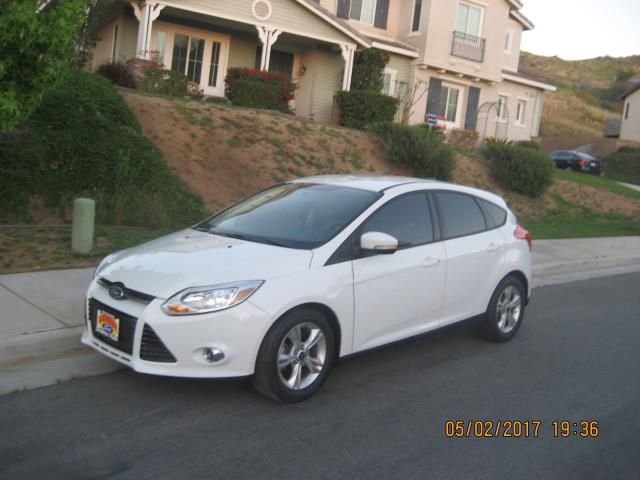 For Sale Is A 2013 Ford Focus Se,only 50,325 Actual Miles On It, We Bought ItFrom A Local Insurance Company, The Vehicle Only Had A Small Fender Bender ToThe Left Front Fender Area And Left Rear Quarter Panel,no Deployed Airbags AndIt Was A Run And Drive,minor Damage And It Is In Mint Condition Now,this Is TheOnly Reason Why Its Comes With A Salvage Title. We Took The Vehicle To A FamilyOwned Body Shop Which Has Been In Business Over 20 Years To Do The The Left Front Fender And The Left Front Headlight,also The Left LowerBumper Grill With Brand New Ones And Repaired The Left Rear Quarter Panel AndMatched And Blended The Paint And Only Using The Best Dupont Paints And Ppg 2010Clear Coats For A Brilliant Shine,they Also Buffed The Whole Car For A BeautifulGloss Finish,i Have Receipts For Everything. Everything Works Great On This CarIncluding Ice Cold Ac,sync On Your Front Screen Touch Pad Means You Can ConnectYour Smart Phone And Input Data Like Navigation Or Anything From Your Phone,music Etc. Also Has Bluetooth,cd Player Sounds Great,nice Alloy Rims With AllThe Sensors Intact,tires Have Alot Of Thread Life Remaining,no Deployed AirbagsOr Unwanted Lights On The Dash Everything Works Great And Is Problem Free,weAlso Added Chrome Fog Lights To The Car,hatchback Is Very Useful And Good ForStorage,power Windows,keyless Entry Remote Alarm,cruise Control Etc. Car DrivesStraight Down The Highway When You Let Go Of The Steering Wheel,current SmogIncluded,also A Great Gas Saver.
Send me questions at : fitzpatrickburt@yahoo.com