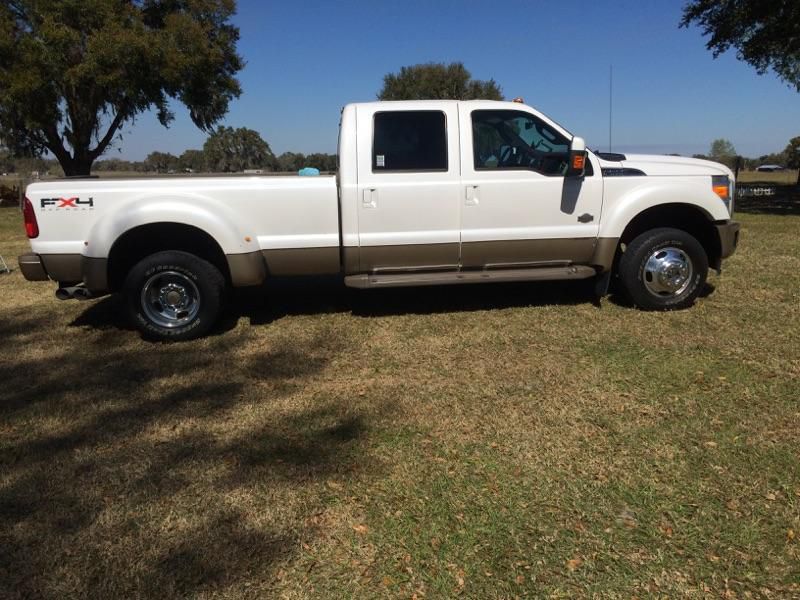 If you have questions email email me at: jeanejhhiggins@norwichfans.com .

For sale is a Ford F-450 King Ranch 4x4 DRW Crew Cab 6.7 L V-8 Diesel with a 6-speed automatic transmission.
Please see the photo of the original window sticker for a list of features.
Owner purchased the vehicle new from Mullinax Ford in Apopka, FL on June 4, 2011 for $65,425. Please see the photo
of the sales contract.
5th wheel hitch is available