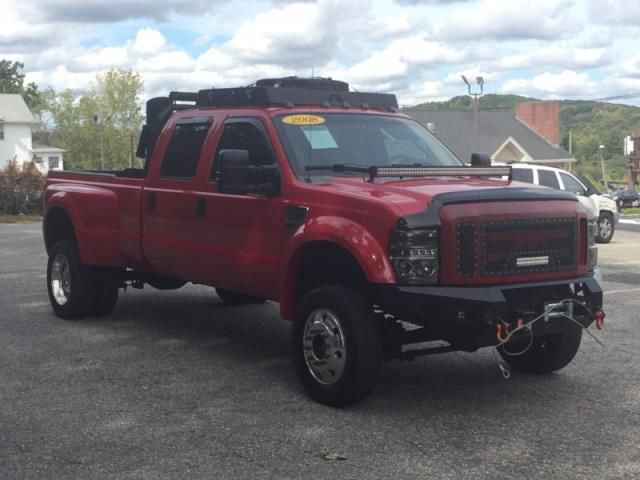 You are looking at a 2008 Custom F450 with some very cool custom added options.This truck is rust free underneath and was a daily driver for the previous owner. It was no used commercially or abused. The paint is near blemish free and was well taken care of. The pictures pretty much speak for themselves.Some of the added options are as follows:Multiple LEDs all around the truck that are crazy bright!I believe it to be a 4 lift, not to much but enough to make it look sharp!Back up camera with navigation unit incorporated with StereoWARN M8000 winch winch looks like it was never usedCustom Grill with many LEDSCustom HeadlightsRoof Rack with side LEDSExhaust StacksRear window cargo guardSpray in BedlinerAnd much more
My eMail : marlowpromiserv@yahoo.com