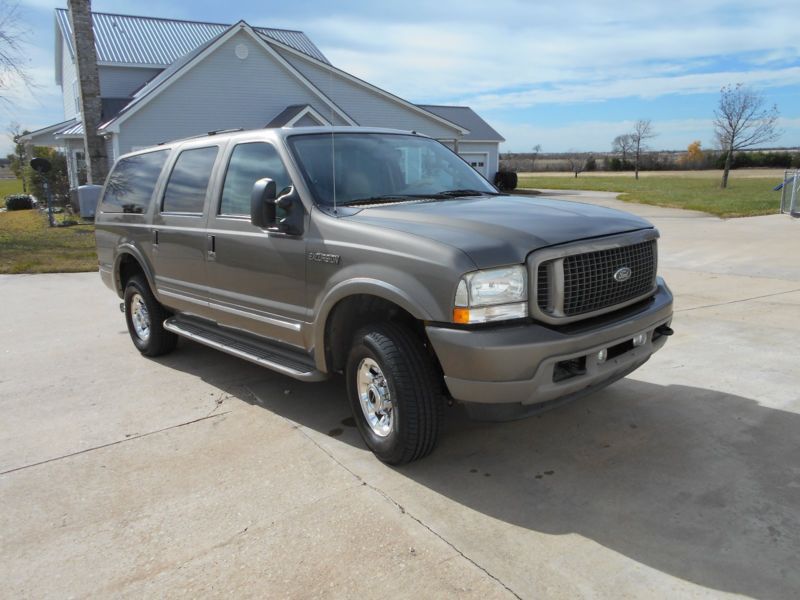 Please email me with any questions or requests for additional pics or something specific at: florance_ellerbee@zoho.com .

Four wheel drive, diesel, power everything, heated seats, entertainment package, just a beautiful excellently kept Excursion. Has 99% rubber on Michelin tires, oil changed every 3000 miles with synthetic oil, new batteries in last 6 months. Ready to go, climb in it and drive it anywhere without any problems.