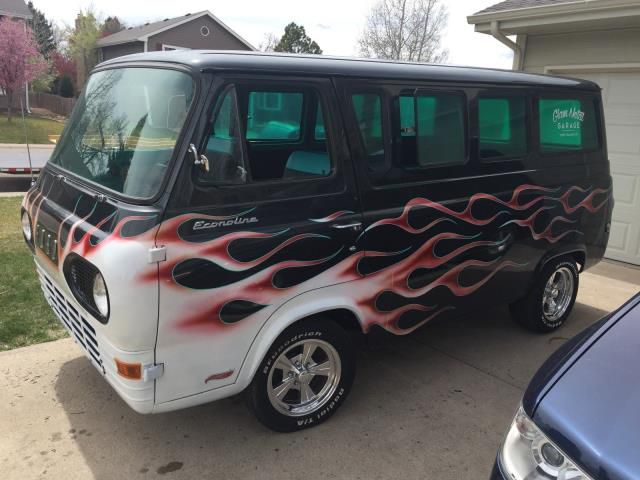 I Am Open To A Trade I'm Looking For A Hummer H2 Very Nice Econoline Van.Started Out With A Very Clean Colorado/wyoming Vehicle No Rust!new CustomPaintnew Custom Window Tintnew Tires & Wheelsrebuilt 170 Straight Six Backed By3 Speed On The Tree.rebuilt Carburetornew Clutchnew Heaternew Carpet KitnewWindshield ( All Other Glass Good)new Brakesnew Alternatornew (no Hole"s Drilled)new Header And Custom Exhaust (sounds Great Like AV8)i'm Sure I'm Missing A Few Things. The Van Drives, Runs And HandlesGreat! It's A Real Joy To Drive. I Believe It Could Be Driven Anywhere FlyIn Drive Home.if You Have Any Questions