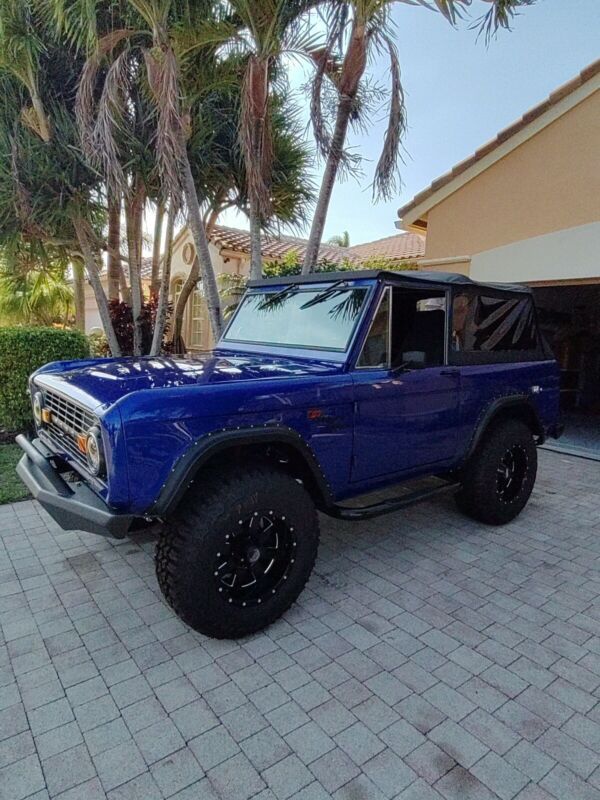 1972 Ford bronco 5.0 fuel injected manual 3 speed on the floor everything new this is a frame off restoration truck
the engine came out of a 1989 mustang GT with 62,000 original miles on it the engine been taken apart and all new
gaskets tuned up fuel injectors and all computers modules and relays are brand new all wiring is brand new has the
h-pipe out of the mustang for the exhaust system with flowmasters truck sounds great has side steps sitting on Moto
metal 17 inch rims with 295 70 r17 tires bushwacker fender flares Tom bronco parts bumpers with rotopax gas can
truck has a new steering column and type x racing steering wheel gauge clusters brand new along with the six point
roll cage and the interior from Tom's bronco parts with center console and fold and tumble rear seat truck has gas
shocks to lift a hood power brakes power steering and the front bumper has the hideaway winch if you desire to put
on a winch this is a professionally built truck