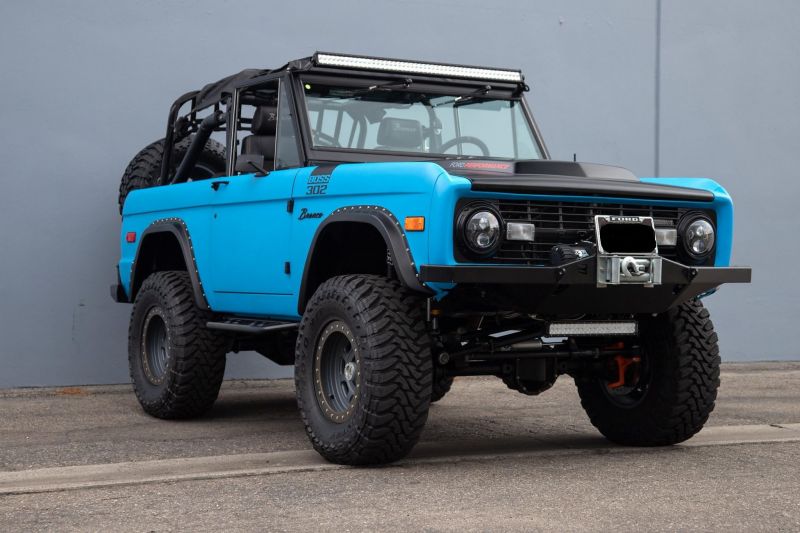 This 1971 Ford Bronco is wrapped in Matte Riviera Blue vinyl over a custom black leather and suede interior, and power comes from a 5.0-liter Coyote V8 paired with a five-speed manual transmission and a dual-range transfer case. The suspension has been modified and utilizes Fox 2.5 Factory Series shocks, Wilwood disc brakes have been added, and the 17" beadlock wheels are mounted with35" tires. Other features include aftermarket bumpers, a front winch, a rollbar, a nylon top with snap-in sun shades, LED lighting, Vintage Air climate control, an i Pad mounted in the dash, a JL Audio sound system, a stand alone Lowrance GPS unit, and a twin-tank fuel system for ethanol or conventional gasoline. The truck was serviced inApril 2021 included changing the oil, flushing the coolant, and updating the E85 tune.