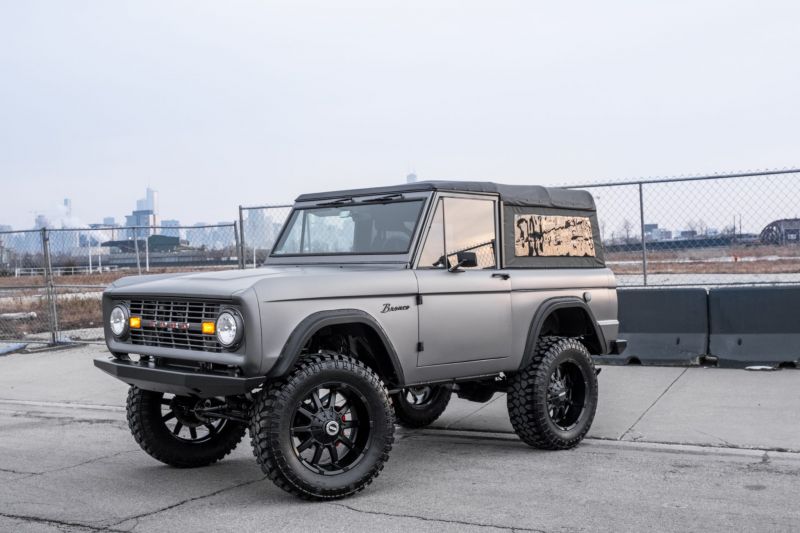 For further questions email me : schmidtveronika44@gmail.com 1967 Ford Bronco was modified and refurbished in 2019 with work including the installation of a 347ci Blue Print V8 crate engine and a five-speed manual transmission, which routes power to all four wheels through a twin-stick dual-range transfer case. The truck has been repainted matte gray and features a black soft top, suspension and body lifts, black fender flares, and 20"Pro Comp wheels. Additional modifications include a Flowmaster dual exhaust system, Wilwood disc brakes, heated bucket seats, LED lighting, an alarm system, and an aftermarket stereo.