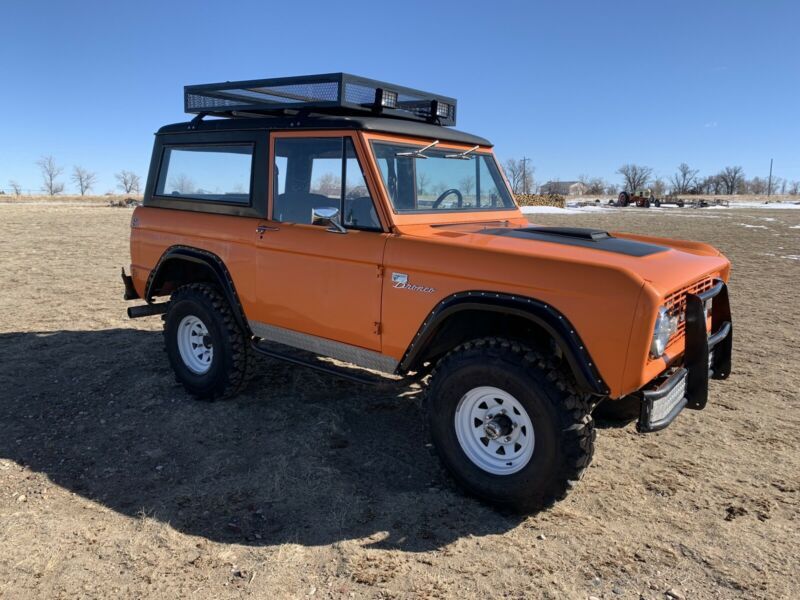 1967 Ford Bronco that was built in 2014 from a few donor broncos. Manual 3 on the floor with Dana 20 transfer case
T type. 351 Windsor motor with less than 6k miles. New aluminum radiator. Power steering and power disk breaks in
the front. It has the Dana 44 front with heavy duty chromoly axles and heavy duty steering tie rod and drag link.
410 gears. Wild Horses 2 in body lift and 3 in suspension lift. 33x9.5 super swamper tires. Top has a sunroof and
has a custom rack and ladder on it.