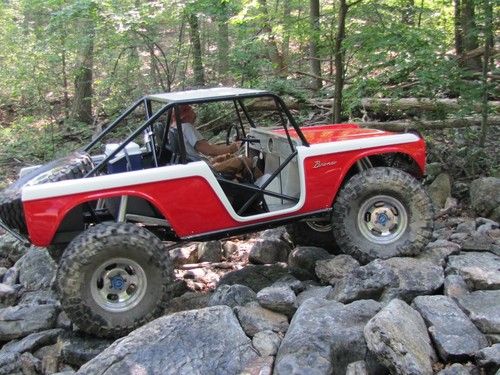 ***Body-literally 100's of hours were spent to make the fiberglass body look like a real bronco.  Stock bronco metal was cut, sectioned, and modified and then a mold was made.  The skins were the result.
Cage is inch and 3/4 DOM with some 1" and Chromo rock skis on the lower rocker
*Warn 8000i winch with syn. rope

Much more-serious buyers, feel free to call with questions- 828 two seven three 47 six nine
big thanks to Twisted Customs for an outstanding build   www.twistedcustoms.biz
I have 100 percent feedback and intend to keep it that way.  I have sold broncos and trucks over the years and have never had a problem
This rig is sitting in my garage and is ready to go