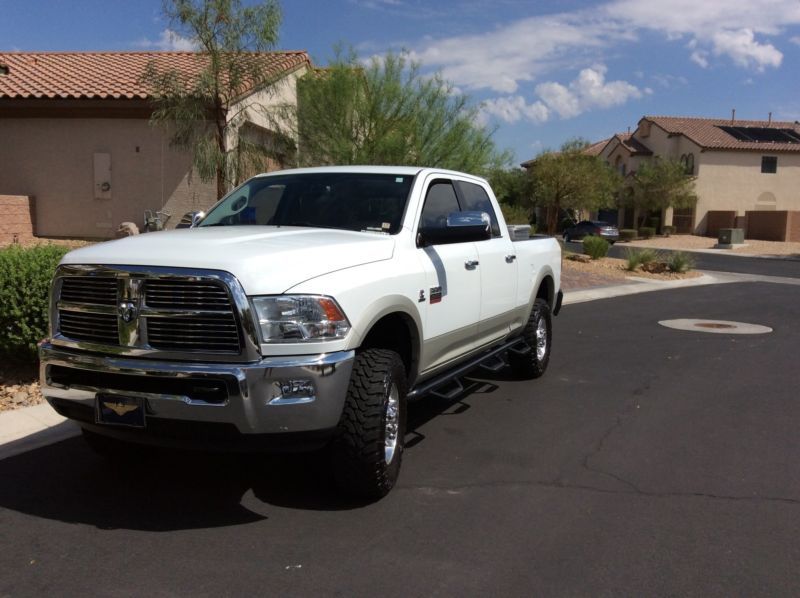 I'm selling my 2010 Dodge RAM Cummins turbo diesel, due to just not needing
anymore as I sold our boat which I purchased truck to pull it.  I am the second
owner as I purchased in 2012 from Houston TX from a dealer the truck was owned
by a woman equestrian who used truck to pull a horse trailer and she had fifth
wheel installed.  I have never used that feature, the truck had 53k miles when
I purchased and now has almost 91k.  It's a beautiful truck and has provided me
with 3 1/2 years of reliable service.  The truck is in excellent condition both
paint and mechanically.  There are some very minor dings commensurate with a
vehicle of its age and mileage. The DPF has been removed but the truck has not
been driven hard and no off roading.  The truck is titled in TN but is now
located in Las Vegas as we just relocated there.