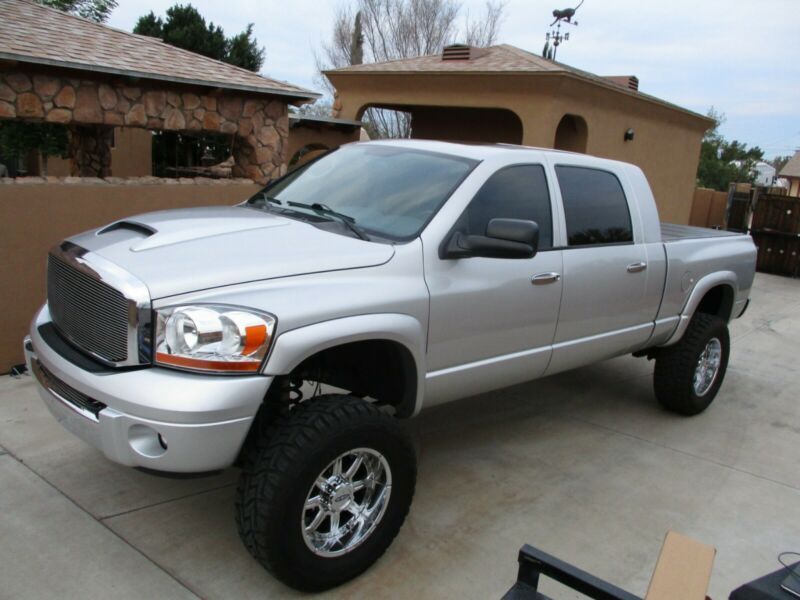 No leaks, 5.9 Cummins Megacab that just flat out works! This is just an incredibly clean truck that has been used
as a car. This truck is likely the nicest Dodge you will find out there. If you are fussy, meticulous, a neat
freak, or just borderline crazy about how clean you like your truck, this is one you need to see. Simply
exceptional condition, both mechanically and cosmetically. No 5th wheel or gooseneck ever installed. Inside of bed
has scratches.

Go to kelley blue book to see a value - put in the basic info and add your own options. I added power sliding rear
window, dual power seats, leather, hard tonneau cover, over size off road tires, oversize premium wheels 20"+, moon
roof, and running boards. It is no doubt an excellent condition truck. Value for a stock truck comes out to