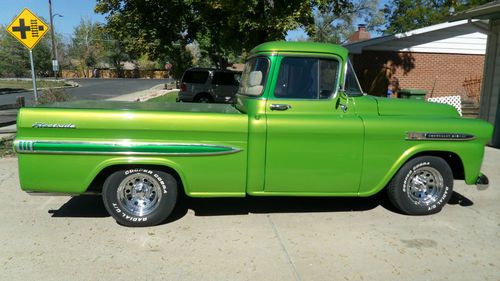 Frame off Restoration, approximately 2300 miles since restoration.  350 Port fuel-injected engine that had 86,000 miles.  Has Ron Francis wiring.  And the computer has been flashed.

Heater, air conditioning, LED park and tail lights.  New tires, shocks, and brakes all the way around.  New dual exhaust front to back.  Radio with CD and an electric antenna.  Everything has been redone on this truck.