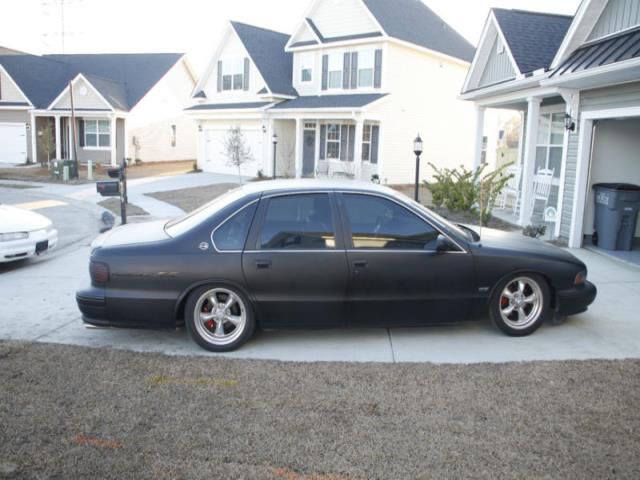 1995 Impala SS. I hate to sell it but furnishing a new house has become more important. This vehicle has the absolute best of the best. The powertain includes a Golen Engines 383 Stroker 500hp fuel injected motor and a 6 speed manual transmission. The body of this car is laser straight and has a custom flat black paint job. Exterior modifications include upgraded brakes, wheels and a ridetech air ride system. The entire interior has been redone with the dash and headliner being done in black suede. The carpet is all new and all of the seating has been redone, including two sets of front seats. Factory front seat with heat as well as custom sport bolsters with heat. Only 63k Original miles. Custom sound system with 2 tv's and a subwoofer built into the trunk.