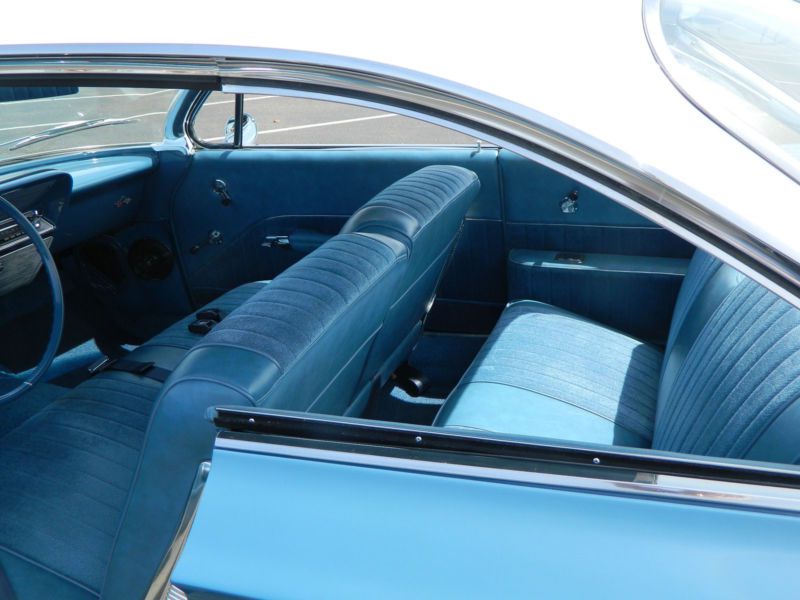 This is a '61 Impala bubble top, 1400 Mi. on fresh 350-300 horse with a mild cam, turbo 350 automatic, electronic
ignition, front disc brakes, complete flowmaster exhaust, 17 " American racing wheels with 235/45 R17's in front,
255/50 R17's on the rear. Dual rear view side mirrors, and dual antennas.
Body and chassis completely restored - frame off. New body mounts, floor pans & braces, all treated and
undercoated. Super straight body with flawless custom paint (Cotswold Blue) all new mouldings and badges, rechromed
bumpers and guards - over $50,000 invested. Always covered and garaged since restoration in '08, driven about 400
miles since then.This car is a show winner, looks and drives great. Professionally appraised at $35,000, this car
has to be seen to be appreciated. Many more pictures available.