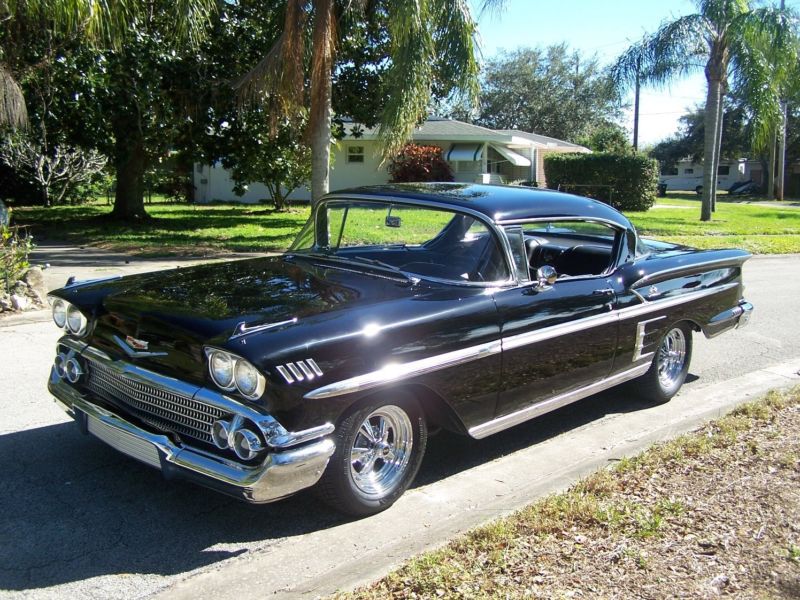 1958 Chevrolet Impala. Very nice condition with a powerful low mile 350 motor with aluminum heads, 700r4
overdrive transmission, car starts right up easily with no smoke and runs cool, very nice base/clear coat paint is
shiny with no rust, car runs/drives/shifts/stops great, has power steering with little to no play in the steering
wheel and tracks straight down the highway, new front power disc brakes, brand new Cragar wheels with new Cooper
Cobra tires, has adjustable air shocks in the rear, I also have the original style white wall tires, wheels and
hubcaps in good condition, I have the fender skirts as well in good shape, interior is in nice condition, all glass
is good and the windows roll up and down easily, the underside has some surface rust but is in good condition. The
car is a pleasure to drive and with the overdrive transmission cruises down the interstate with ease.