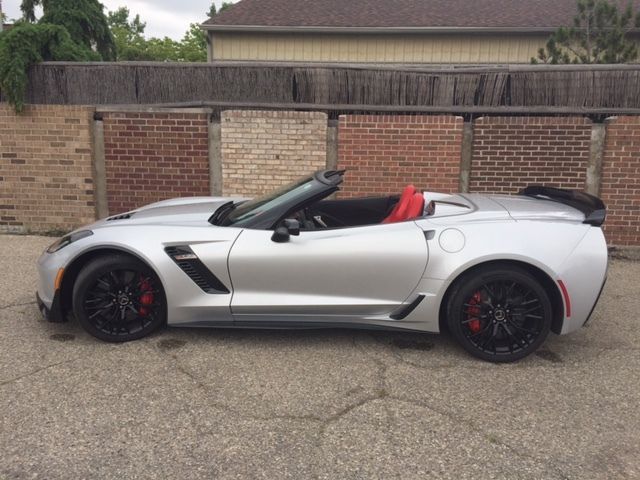 2015 Z06 Chevrolet Corvette Convertible. Less than 2000 Miles. Blade Silver Metallic with Adrenaline Red Interior.
Vehicle is equipped with racing slicks. Car has every conceivable option.
Why buy new? This car has it all at tremendous savings.