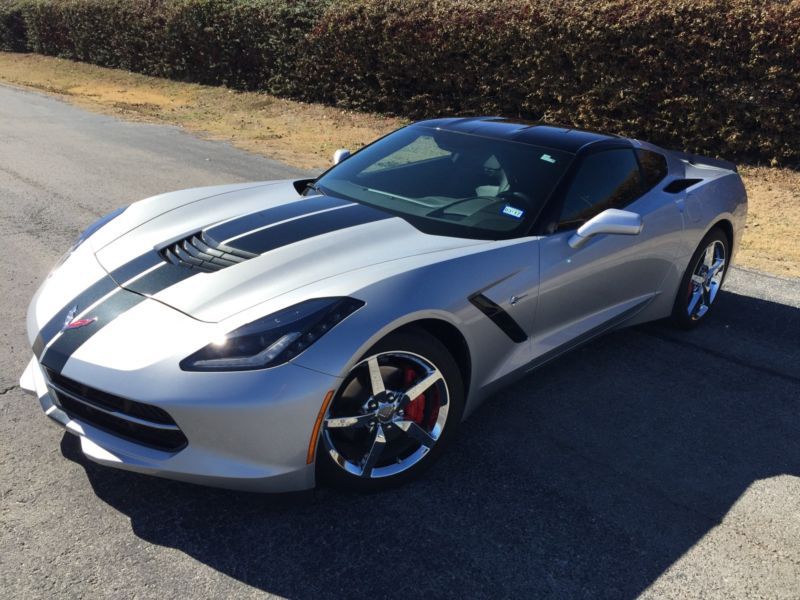 I am always available by mail at: hannelorehddreka@leedsfans.com .

This Corvette was featured in a promotional campaign produced by one of the countries largest dealers to
reintroduce the Stingray in 2014. Select options were added to the 2LT package to make it stand out from the crowd
including the distinctive carbon flash full length racing stripes, removable transparent roof panel, chrome
aluminum wheels, custom red calipers, Z51 style carbon flash spoiler, mylink navigation, and a multi-mode
performance exhaust for that matching performance sound repeated through a 7 speed rev matching manual
transmission. A unique looking ride especially in the silver and black color combination. Details on over $11K in
total options on request.
This is a smoke free car owned by a couple whose competition interests only involved car shows.
With less than 6500 miles and a fresh oil change, this Stingray is ready for summer cruising.