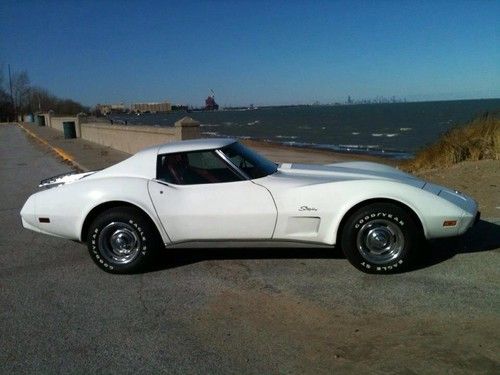 Condition: UsedA vehicle is considered used if it has been registered and issued a title. Used vehicles have had at least one previous owner. The condition of the exterior, interior and engine can vary depending on the vehicle's history. See the seller's listing for full details and description of any imperfections.Seller Notes:"GOOD CONDITION FRONT AND REAR BUMPERS HAVE CRACKS TYPICAL FOR THIS YEAR. ORIGINAL PAINT. INTERIOR IS VERY CLEAN NO CRACKS IN DASH. MINOR CRACK ON ARM REST"

Brand new exhaust,brakes,complete tune up and radiator flush with new hoses and belts and new battery.Everything electrical works including headlights. Car is very well maintained and handles very well on the road.  . 86,000 original miles,tires are in very good condition. Any questions feel free to email.