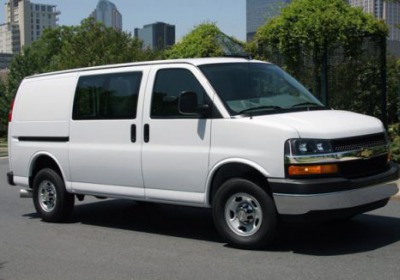 The National Highway Traffic Safety Administration has issued a recall notice for a small number of General Motors fullsize vans due to possible rollaway concerns. On certain 2013 Chevrolet Express and 2013 GMC Savana models, it is possible to remove the key from the ignition without the shifter being in park.

Only 980 total units are being affected by this recall, and GM is fixing the issue by replacing the ignition cylinder and associated keys. Affected Chevy vans were built during most of November and December while its GMC counterpart was only built for a week in November. The recall goes into effect on January 23, and to find out if your vehicle applies to the recall, the GM and NHTSA contact numbers can be found on the official recall notice, which is posted below.

Summary:
General Motors (GM) is recalling certain model year 2013 Chevrolet Express vehicles manufactured November 1, 2012, through December 21, 2012; and model year 2013 GMC Savana vehicles, manufactured November 14, 2012, through November 20, 2012. It may be possible to remove the key from the ignition when the vehicle is running or the transmission is not in the Park position. As such, these vehicles fail to conform to the requirements of Federal Motor Vehicle Safety Standard 114, "Theft Protection."

Remedy:
GM will notify owners, and dealers will replace the ignition lock cylinder and the two associated keys. This service will be performed free of charge. The recall is expected to begin on January 23, 2013. For more information, GMC owners may call 1-866-996-9463 and Chevrolet owners may call 1-800-630-2438.