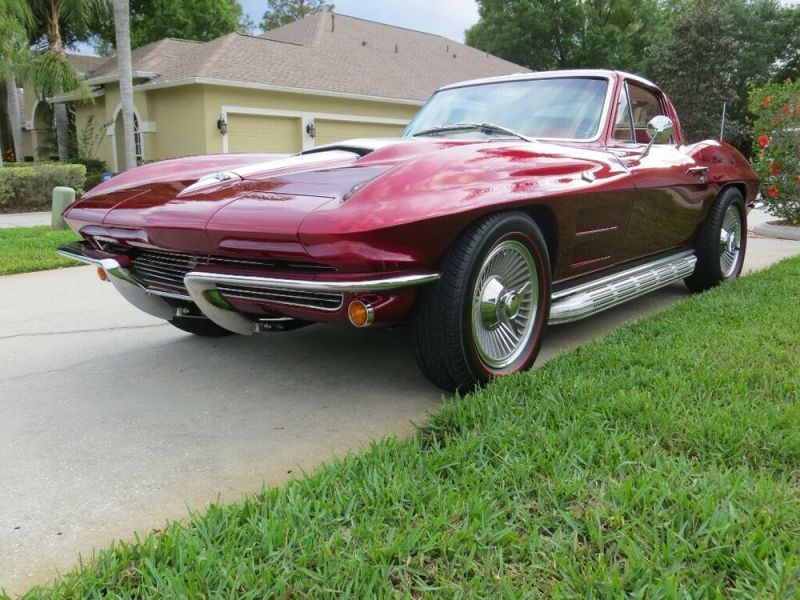 If you have any questions or would like to view the car in person please email me at: syreetashhanns@ukgolfers.com .

1964 C2 Corvette. This was a very high end frame off restoration with no budget limitations. Every possible part was restored to new or replaced with the highest quality reproduction.

The car has 4 wheel disc brakes, adjustable coil overs, custom drive shaft, custom half shafts with loops and sway bars to increase chassis stiffness. The goal of the car was to build a very modern performance car but keep the nostalgic look of the 1964 Corvette.

The low compression motor makes it great for the street. It runs very cool in any traffic situation. Very rare to find a C2 with AC, Power steering and a supercharger

Paint
-Body is candy apple red over silver base coat. 3 coats of clear and about 40 hours of color sanding and buffing. The paint depth is amazing.
-Frame is black powder coat.