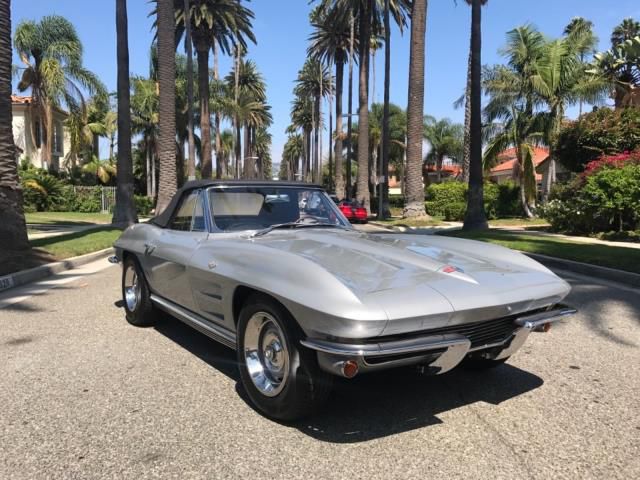 For more details eMail me : paynebkwjason@net-c.com 1964 Corvette Stingray Convertible With Factory 4-speed And Matching Numbers Engine Block AndTransmission. This Is A Current Restoration ,The Paint Job Is Four Years Old And In Great Shape, All The Chrome On This Corvette Is In Excellent Sound, Runs Amazingly And A Daily Driver, My Corvette Will Shock You On How Good And Smooth It Runs. Had All The Motor Work Done, Everything We Had Done Has Been Decoded To64/63 Specs I Have All The Records Showing What Was Done. To Much To List I Will Send You A Copy Of The Records If You Would Like Or I Can Tell You Over The Phone.