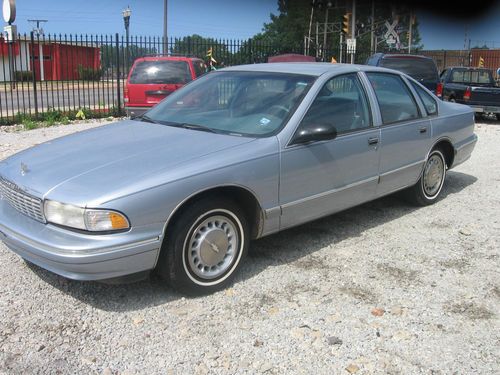 Condition: Used: A vehicle is considered used if it has been registered and issued a title. Used vehicles have had at least one previous owner. The condition of the exterior, interior and engine can vary depending on the vehicle's history. See the seller's listing for full details and description of any imperfections. ...
1995 Caprice Classic for sale. Automatic, Power Windows, Power Locks, Power Seat, 25,500 Original miles, new tires. Cold A/C. $5,500.00 OBO Serious buyers only. Call 219-398-1380 or text 219-five 52-5163