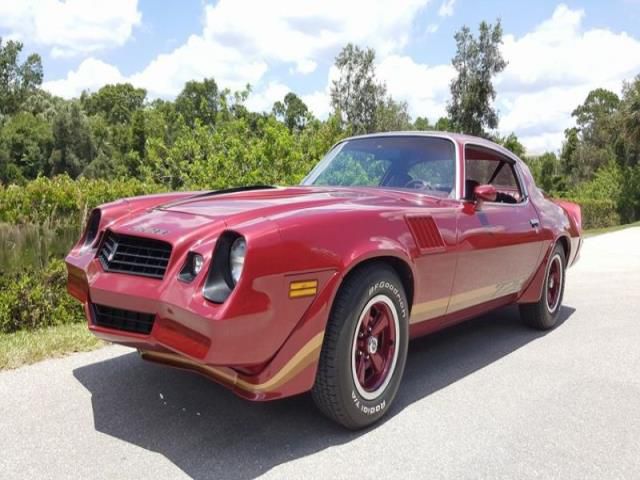 Please e-mail me with any concerns or interest : guidasuppositiously3@mail-on.us

This beautiful documented Z28 is a great investment. Prices are on the rise for these late 2nd gen cars. This one has been garage kept and maintained in excellent cond. Motor and tranny has been freshened up. Car was painted once 10 years ago and kept the original Carmine color. New exhaust, new shocks, steering, A/C updated to 134a, New BF Goodrich tires and New brakes makes this an awesome driver. Interior is beautiful and 8 track stereo plays perfectly as well.As you can see on picture of build sheet this car has some very nice options. Dont miss this Carmine beauty.