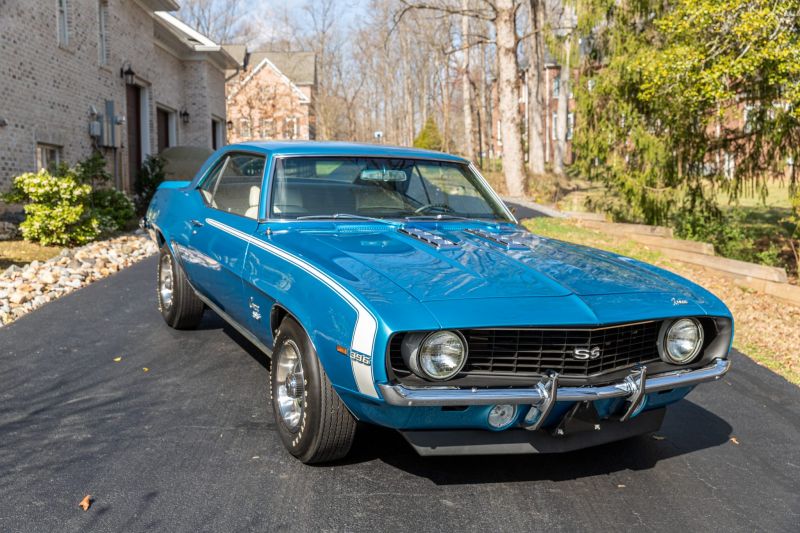 This 1969 Chevrolet Camaro SS coupe r is finished in Le Mans Blue over an ivory vinyl interior and is powered by a 396ci L78 V8 linked with a four-speed manual transmission and a Posi-traction rear end. Equipment includes an AM radio, a Hurst shifter, power steering, a dual exhaust system, front and rear spoilers, power-assisted front disc brakes, and 14" Rally wheels. Recent maintenance included an oil change and a coolant flush.