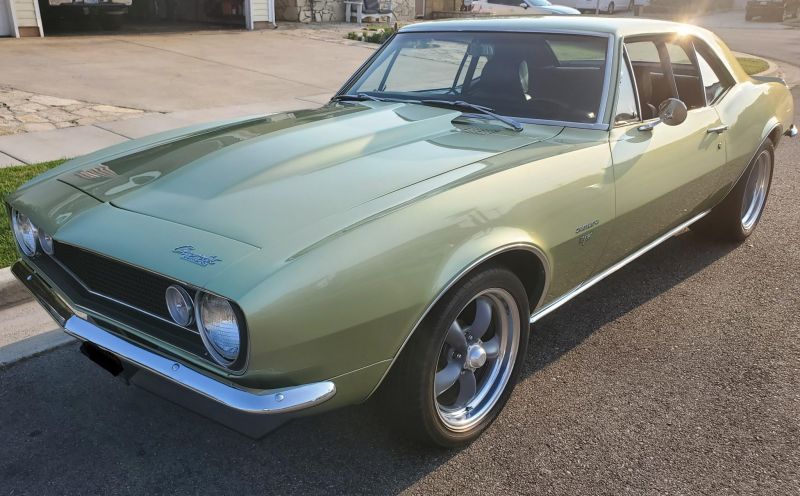 This 1967 Chevrolet Camaro is finished in metallic green over black vinyl and is powered by a 350ci V8 paired with a five-speed manual transmission and a limited-slip differential. Equipment includes 17" Torq Thrust wheels, modified front and rear suspension, a dual exhaust system, mini tubs, aftermarket bucket seats, an aftermarket steering wheel, and a six-point roll cage.