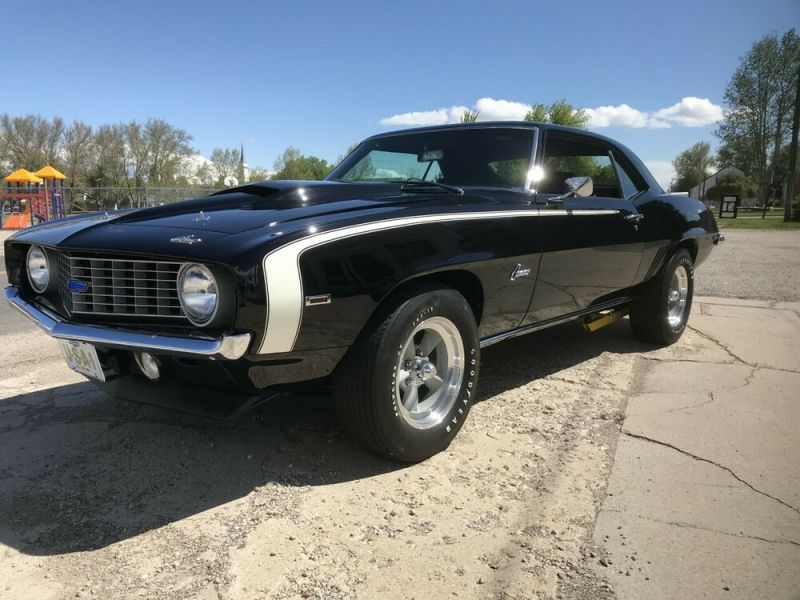 Feel free to ask me any questions about the car : palmirapsstaehle@topmum.net .

1969 Camaro. It is everything you could ever ask for in a 69 Camaro; brute power, classy in black and every nut and bolt new and shiny.

There is not one flaw in this body! The lines and gaps are flawless and the gloss black base clear has been cut and buffed to a mirror finish.
New fiberglass stinger hood
New front and rear bumpers
New grill package
New complete floor pan
New full rear quarter panels
New outer wheel housings
New trunk drop offs.
Complete trunk restored
All new weather strip
All new glass and seals
All new light seals
All new emblems and seals

I have to tell you that this car runs exceptionally well! I have never been in Camaro with the brute, raw power that this car possesses. It is truly amazing to drive.