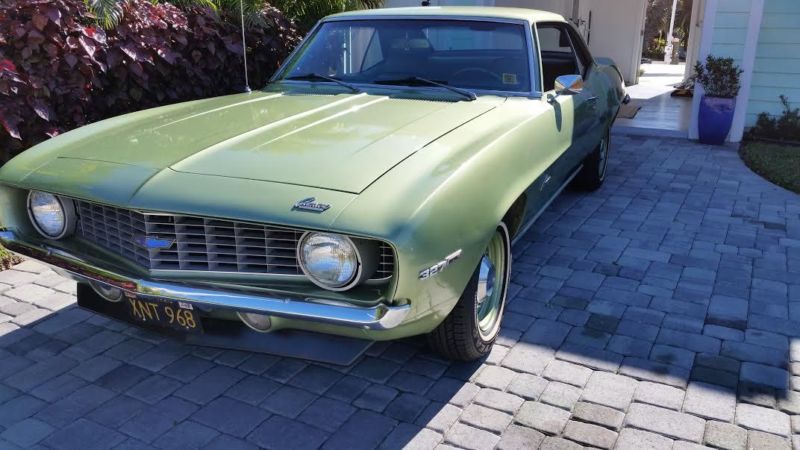 More infos regarding my car at: joeljkkupchinsky@ukhome.net .

Automatic, power steering , Air Conditioning
30,000 original miles, Numbers Matching Car
Fully Documented and I do have the Protect-o-plate
I have the original dealer invoice to the car and other documents, look at the pictures.
This is a Ca. Car , I also have the Ca. Black plate with the registration.
Car is Solid with no rust or holes, All floors and Trunk Solid.
Car runs and drives excellent, no knocks, no smoking, you could drive this car across country and I am not kidding.
Everything does work as it should including the AC.