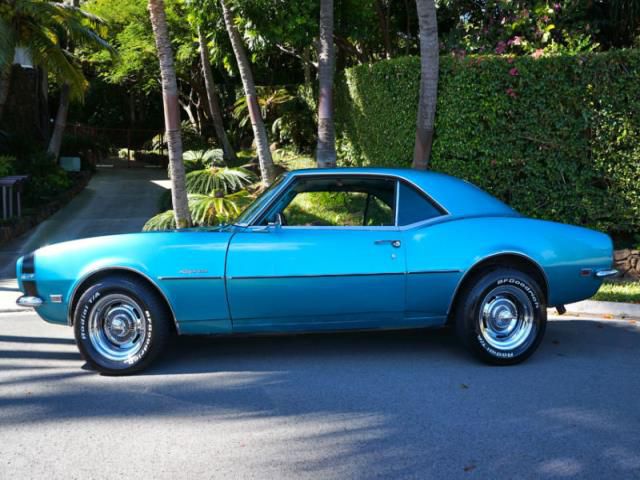 This is a 1 Owner 1968 Chevy Camaro RS I Owned Since New! Has 350 V8 crate motor not number matching with less then 1000 miles. Holly carburetor aluminum heads mild cam sounds amazing lots of power. Does have the original 2 speed power glide transmission and rear end that was rebuild. This car came with power windows,power steering,tilt wheel, and chrome trim factory options, also has the original protecto plate and manual that came with the car new. Just had a full tune up, Runs and drives excellent! The car spent most of its life in California just brought back to Hawaii less then year ago. Has a few minor rust spots that are bubbling near the rear window and lower quarter panels, the floor pans and under carriage are very soiled no rust.