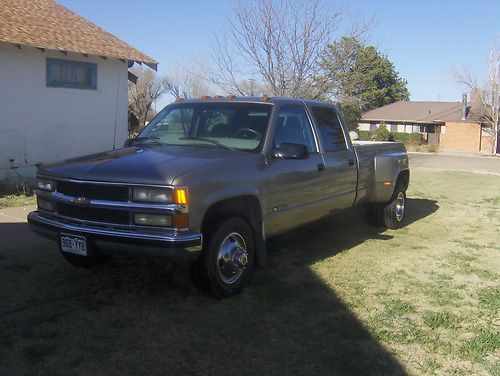 This 2000 Chevy dually is in almost new condition. I just had the oil changed, new air filter, front end alignment, new tires on the front. The rear tires are in very good condition. I have put about 4,000 miles on the truck since I bought it and it runs perfect. The truck has plenty of power with the 7.4 V8 engine. I was told by the original owner that the truck has never been used for pulling a trailer or cargo in the rear.