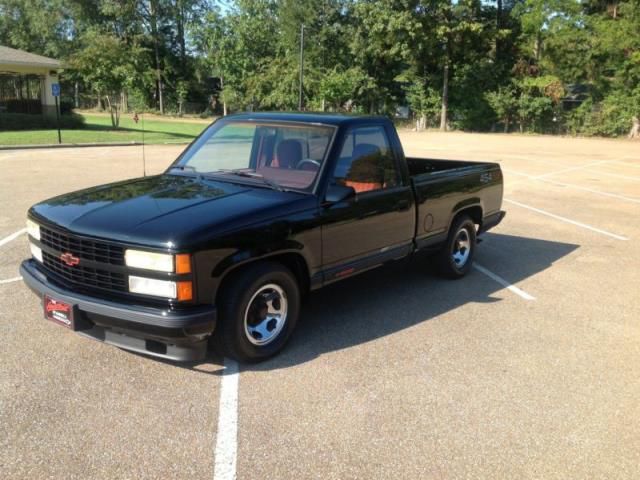 I purchases this truck three years ago from Mack Brown Chevrolet in Boone, NC from their private collection. This truck was painted a few months before I purchased it. It is a good solid paint with a really nice clear coat. Truck was also sprayed with an undercoating under the truck to give it a nice clean look. I literally have put 651 miles over the three years I’ve owned it. My wife wants a new kitchen and she’s tired of looking at it in the garage. This truck is will turn heads every time you drive it. It doesn’t smoke when started, but is cold natured. As you can imagine with a beast of a motor. Someone will honk or give you a thumbs up when you’re driving down the road every time. I haven’t done any modifications to the truck and the only thing I can tell that has been done to it is the exhaust. It’s not very loud, just sounds like an awesome truck driving down the road. I have a new set of fogs lights, but have never installed them. Truck blows cold air and drives great. There is one spot on the driver’s seat that looks like a small cigarette burn.
Don't hesitate to ask questions : albinijykennedy@mynet.com