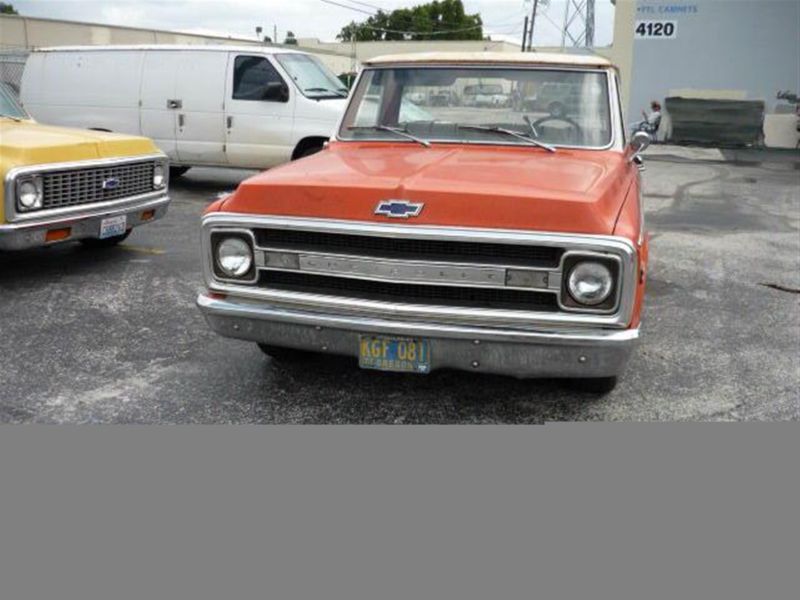 You Are On A 1970 C10/cst ,great Patina, Original Hugger Orange Paint,350/350 , Ps, Pb, 76k , Very Little Surface Rust, Floors ,rockers, Cab Corners, Drip Rails All In Good Shape , Truck Runs And Drives Well, At 75mph, New Tires , Brakes, Rides Smooth, This Is A Long BedConverted To A Short Bed , Frame Has Been Boxed, Bed Was Shortened Properly .This Is A Daily Driver , I Bought This Truck From Oregon In Search Of A RustFree Truck , I Have A Copy Of The 1978 Oregon Title From When I PurchasedShowing Im The 3rd Owner. Any Questions Give Me A