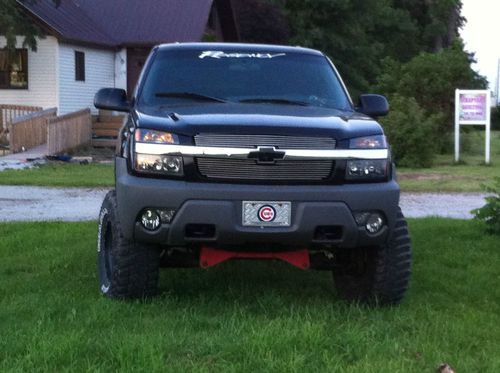 Condition: UsedA vehicle is considered used if it has been registered and issued a title. Used vehicles have had at least one previous owner. The condition of the exterior, interior and engine can vary depending on the vehicle's history. See the seller's listing for full details and description of any imperfections.Seller Notes:"tailgate needs handle , bezel and top plastic no damage to tailgate ."

I bought this truck new in 2002 from team chevy in valpo IN. It has a state of origin for the regency conversion. it has kn fipk air filiter, banks toque tube headers , gritlle raceing wires, Gibson dual exhaust,e3 plugs, cortex superchips programmer, one set of ARE aluminum 6 spoke rims with 315/70/17 bfg all-terrains, one set of ballistic enigma with goodyear mtr with Kevlar 315/70/17,and eaton true track locking diff with ribbed aluminum cover. this is a nice truck. I bought a diesel and I don't drive it anymore. needs a good home ;]