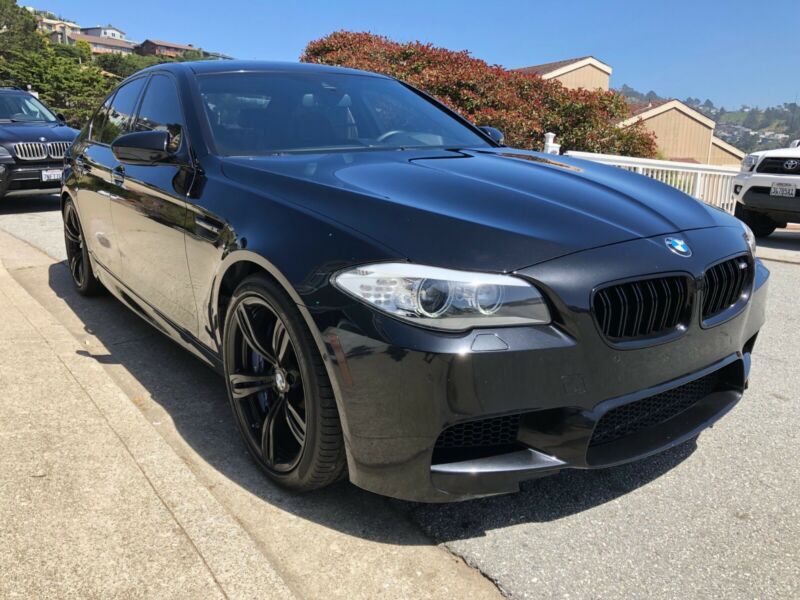 Looking to sell my 2013 M5. The car is in great condition. The car has 74,282 miles on the body, but has a new
engine, new turbos, and new transmission. All three parts were changed at the same time at Mountain View of BMW. I
have all the documents and receipts for the new owner. The car has been serviced by only BMW and have all the
service records.


Below is a list of what the car has.


New engine - The engine was just replaced by Mountain View BMW because of a spun bearing by the dealership
with a new factory engine. The engine comes with a 2 year unlimited miles warranty. Since the engine was replaced
by BMW you can take it any BMW dealership to have any issues sorted under the warranty.

New turbos - Along with the engine both turbos have being replaced with new factory BMW turbos and have a BMW
2 year unlimited miles warranty.

Brakes and rotors were replaced by the BMW 5K mile ago.

Tires have about 75% tread.

Driving a car is a dangerous hobby, and not just because of other drivers or poor roads. Sometimes, it seems like even the wildlife is out to get you, as evidenced here, here, here, here and here. Now, we can add one more unfortunate car-versus-animal encounter to the tally.
Perhaps believing that this bright orange BMW M3 GTS was a very fast, very loud carrot, an unfortunate bunny leaped into its windshield in a brutal accident at a Polish racetrack. Considering the M3's speed at the time, 89 miles per hour, the passengers are lucky to be okay. Obviously, Bugs didn't make it.
The BMW isn't in such great shape, though. The windshield is in a bit of a state, with safety glass sprayed all over the passenger side of the cabin. There doesn't appear to be any sheetmetal damage, at least from what we can tell from the video. Although there isn't any blood, the hit is really hard. The initial point of impact is at 0:57. Check out the video below.