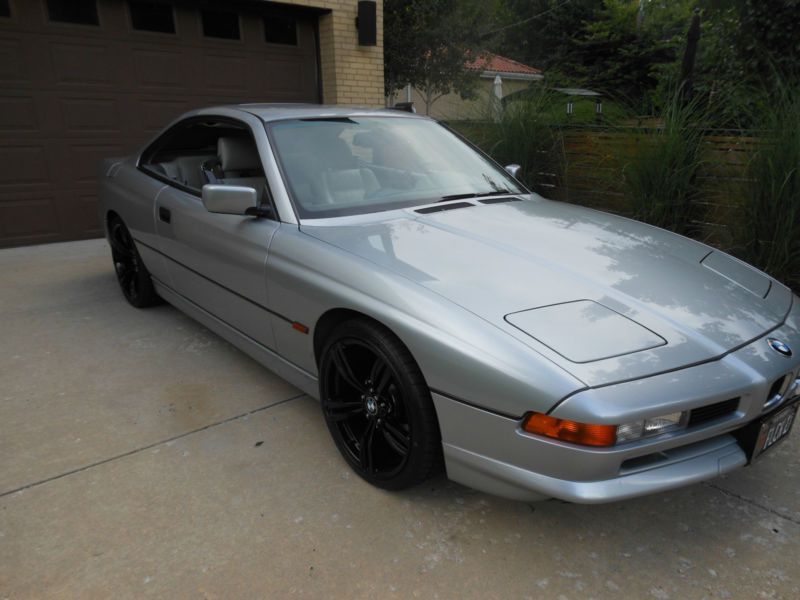 If you have any questions please email at: peggypllamp@ukbikers.net .

BMW 850CI ,V12 LOW MILES LOW MILES.... I WOULD HATE TO SEE GO BUT I HAVE HAD MY FUN WITH IT AND NOW TIME TO MOVE
ON...
1- ORIGINAL OWNER WAS PIERCE BROSNAN FROM 007. I HAVE ALL DOCUMENTATION AND ORIGINAL PAPER WORK
2- VEHICLE WAS PURCHASED IN LA. AND IS RUST FREE , NEVER DRIVEN IN SNOW OR RAIN AND ALWAYS GARAGE KEPT...ONLY TAKEN
OUT FOR CAR SHOWS..
3- 20 INCH STAGGERED WHEELS AND TIRES SEMI-NEW.
4-H.I.D HEADLAMPS INSTALLED 6500K WHITE /BLUE
5-AGAIN PRE OWNER WAS PIERCE BROSNAN FROM 007 SO THE VEHICLE HAS STAR STATUS AND IS HIGHLY COLLECTIBLE.....
6- THE BAD IS THAT IT NEEDS THE HEADLINER REPLACED....
7-MINOR SCRATHCHES LF FENDER AND REAR BMP..
8- Registration does have a mis-print in Brosnan with an E
9--- THE BMW 850CI HAS BEEN APPRAISED FOR $30,000.00 HAVE ALL THEPAPER WORK ...
but i PROVIDED MORE EVIDANCE AND PAPER WORK
9- TBR CONSULTANTS INC. OWNER AND VP WAS TODD ROSENTHAL HE HANDLED ALL OF MR. BROSNAN PERSONAL BUSINESS
10-KEELY IS MS.KEELY BROSNAN HIS WIFE, SHE IS THE PERSON WHO DESIGNED THE LOGO ON THE LICENSE PLATES OF THE CAN AND
THE DOG .