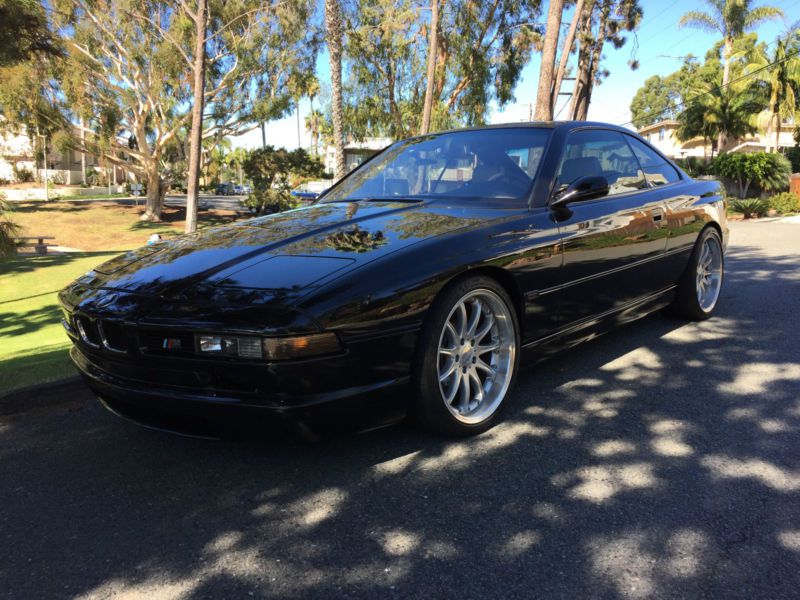 Just email me at: susanathai@appraiser.net .

If you're looking for the pinnacle of CSi performance, and want to stand out in a crowd... look no further because
I have a unique car for sale. Are you offended by the idea of locking up a beautiful 850CSi thoroughbred in some
storage unit somewhere? Does it make you cringe at the idea of these rare and exotic cars rarely being driven on
the open road, depriving the world of their magic, rarity and mystique? Then this car is for you!
This 1995 BMW 850CSi is on offer for sale and is one of 225 US market examples; the lowest production car shipped
to the US in BMW's history. Only 1,510 of these unique cars were ever built worldwide. This example is a special
sleeper CSi that has been well documented on the Internet. All performance upgrades are CA legal and offer the next
level of performance and improvement beyond factory, making this a one-of-a-kind driving experience.
Back in 2007, I had read all over the Internet, all about the great work one of the previous owners (Greg Tessier)
had commissioned Chad at Bullet Performance to do on "chassis #166" and swore that one day I would build a car like
that. This car had a complete engine-out performance rebuild and today has less than 37K miles. In 2010, the
opportunity came for me to actually BUY #166 and so I took it. This is one of the best documented, cleanest 850CSis
in the country and is in excellent condition inside and out. The rest of the interior, engine bay and trunk reflect
a clean and very well cared-for specimen. A recent smoke test in October 2015 revealed absolutely NO leaks in the
case or intake. The interior smells like new, has never been smoked in and has been adult driven only. This car has
won several awards, been in BIMMER Magazine twice, and today is possibly the most well cared for CSi around. Like
the Most Interesting Man in the World says, "I don't always drive an 850CSi, but when I do, I borrow Taylor's
CSi..."
Background: This is a numbered, rare vehicle of limited production. As close to the M8 as you will find on the
road, the CSi was the company flagship of the ninetees. Its V12 power plant was bored and stroked by BMW M GmbH,
the renamed BMW Motorsport. Its displacement of 5576cc is 12 percent larger than the 850Ci's, but its 380 hp is 29
percent greater and the compression ratio was bumped to 9.8:1. Torque increased to 410 lb-ft from 360 in the 850Ci.
And THIS car has been performance enhanced from the factory CSi, and it represents more closely what the Dingolfing
factory should have put out in the ninetees.
This car turns heads everywhere it goes, and has a commanding presence about it, especially the wonderful Spitfire
whine of the starter. This is a California driver's car, always garaged, never exposed to snow.