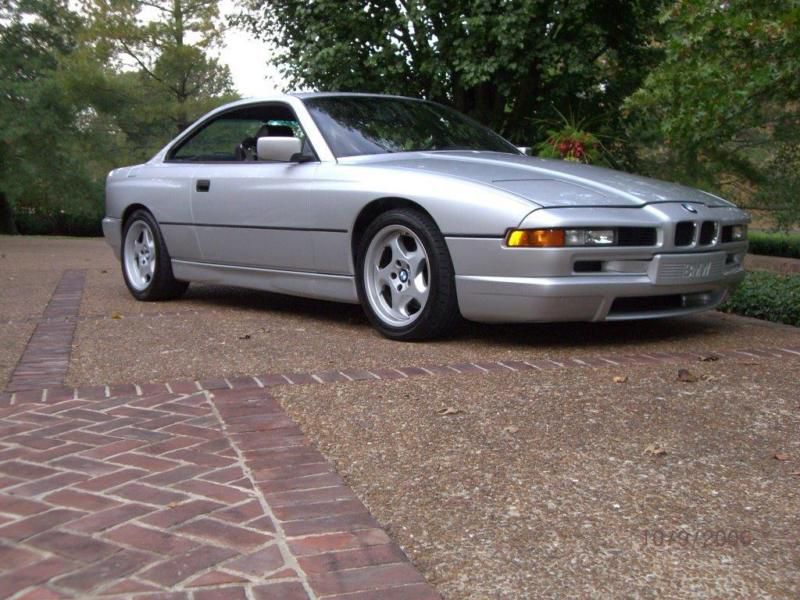 If you have more questions or want more details please email : marlindandoy@netzero.net .

Very rare (1 of only 225 imported into the United States) and powerful 1994 BMW 850csi with only 51,000 miles. It is powered by the S70 V-12 engine, a BMW Motorsport enhanced version of the standard production M70 engine. In addition, the CSI features a BMW Motorsport tuned chassis and several unique cosmetic additions.
The car comes with a complete set of repair orders from 1996 to present. Although always garaged, the car has a factory BMW cover, practically new Pilot tires and even original BMW CSI floor mats.

An instance of road rage turned mortally dangerous in Beverly Hills, CA, recently, when an incident between a cyclist and a BMW driver took a scary turn in front of a rolling security camera.
LA Weekly reports that the person on the bicycle and the driver of the 2008 BMW 328i in the video had some kind of altercation, resulting in the cyclist punching the driver. The driver then followed the biker to an alley on the 9000 block of Wilshire Blvd and, according to the Beverly Hills Police Department, "Intentionally rammed the bicyclist with his vehicle pinning him to a metal rolling trash bin."
That the act was intentional is clearly evident in the video footage below, captured on a security camera. Police have published the video in the hopes of tracking down the driver, who is said to be in his mid-30s with dark hair, dark eyes and a thin build. BMW owners across the country can thank him - for reinforcing certain stereotypes - by helping to turn him in. Do your part, Bimmer Nation.